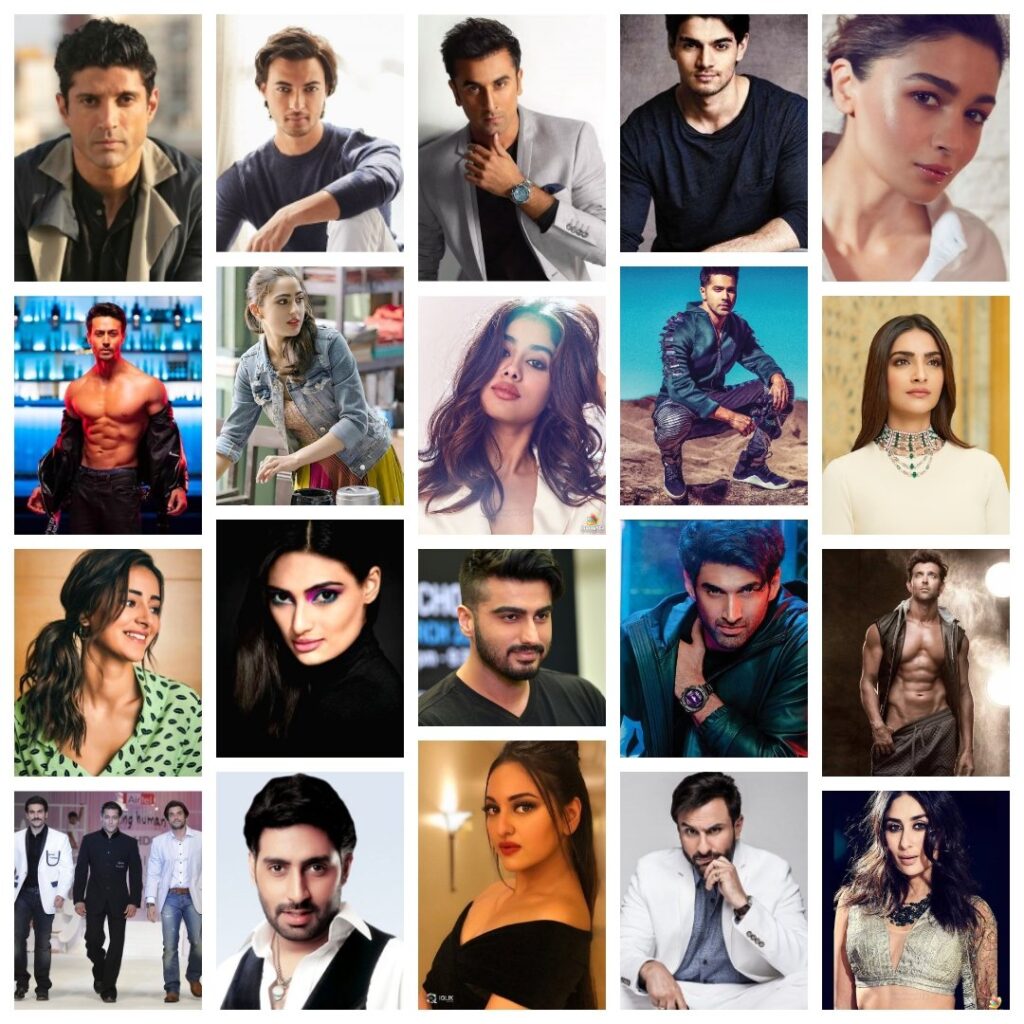 In 50 years, a lot of actors came from Acting backgrounds in Bollywood. Most of them are quite good at their job. But few are so bad that critics call them products of nepotism in bollywood. They are snatching good opportunities from deserving actors.

Bollywood is by far the most talented industry in the entertainment world. They produce more than 100 movies per year to please their audience. A lot of new and talented actors from small cities came to try their luck. But most of the time their part is given to privileged and reputed actors of the industry. Now their kids are taking their part due to nepotism in bollywood. Despite having no talent or acting skills they still get the acting part because of links and sources.

But talent does shine in the darkness. Now the audience is well aware that who knows acting and who is a product of nepotism and sources. Few failed so miserably that they are not getting roles anymore. A few of them are discussed below.

He is the son of well known director Yash Chopra, brother of Aditya Chopra. He started his career in commercial rom-com Muhabbatein. After that he acted in few movies but since he does not know any acting. He failed so bad that despite having hundreds of sources and links. He is not getting anymore roles in movies.

He is the son of famous 80s actor Jeetendra. His sister is the queen of the Indian television industry, Ekta Kapoor. Tusshar gets successful to bag a few roles in movies. But other than Golmal where he played the role of Dumbly. His career never took off any good. His acting skills and dialogue delivery is so bad that directors avoid him cast in any good projects.

Daughter of Anil Kapoor, a relative of Boney Kapoor, Sri Devi, Sanjay Kapoor, and many famous actors. Sonam Kapoor is another example of pure Bollywood nepotism and no talent. She started her career along with Ranbir Kapoor. Where Ranbir proved his amazing acting skills, Sonam failed to gather many fans following. The fashionable diva is often in news for her conspirational views and comments. But you cannot see her in movies anymore. Nowadays she is expecting her first baby with husband Anand Ahuja.

Daughter of veteran actor Sunil Shetty, Athita Shetty is another example of favoritism. She started her career in 2015 in movie “Hero” with another Bollywood nepotism product Sooraj Pancholi. Movie failed on the box-office, so does her career. Recently she is engaged to famous cricketer K L Rahul. Her movie career is nothing but a joke in front of many seasoned new comers.

Sonakshi Sinha is the daughter of “Khamosh” actor Shatrughan Sinha. Her debut movie “Dabangg” with Salman Khan creates a lot of buzz. After that due to her poor performance and bad choices, her career goes down the drain. Recently she started an art gallery for small and talented artists. But her movie career is nowhere to get any spark.

Another starkid whose links and resources are more than his acting projects. Son of Boney Kapoor does not help him to inherit good acting skills from centuries old acting legacy of his family. Her love life is more famous than his movies. He is famous to give bland and cold impression in all situations. He is the epitome of Bollywood nepotism so far.

Daughter of Chunky Panday, who is often in news for her childish and bling behavior. Her debut movie “Student of the year 2” was so bad that it wasn’t trophy eligible. Still, she managed to bag the “best debut” award in Filmfare that year. These are the top perks of having links in the industry. If these roles were given to the right actors and performers, maybe those movies never sunk.