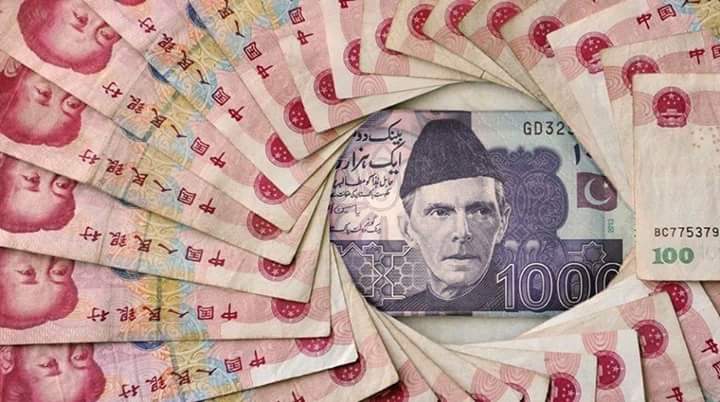 China proposed to Pakistan to create RMB capital circulation system. It will help to increase trade and business in Chinese currency. Talks between SBP and Chinese authorities are ongoing.

ISLAMABAD, PAKISTAN: China proposed a pilot plan to follow the RMB capital circulation system in Pakistan. The renminbi (RMB) capital circulation system will help both countries to conduct business and trade in Chinese currency. The involvement of third-party currency will be completely cancel from all transactions. It will help to control trade deficit and economic crises in the country.

The government has urged the finance ministry and the central bank to look into the Chinese authorities’ requests and take action. Significant progress is expected to be made soon, and formal talks between the two countries on this matter will begin.

The move to Chinese currency would also help both countries replace the U.S. dollar for their transactions and investment in the multi-billion dollar China-Pakistan Economic Corridor (CPEC). Moreover, This June, the State Bank of Pakistan formally allowed both public and private enterprises to use Chinese currency for bilateral trade and investment activities.

The $54-billion CPEC project aims to connect China’s strategically important northwestern Xinxiang province to the Pakistani port of Gwadar. Furthermore, Baluchistan through a network of roads, railways, and pipelines to transport cargo, oil, and gas.

The documents further stated that Pakistani and Chinese investors would be able to invest in both countries under the same exchange rate mechanism for the Pakistani rupee and Chinese yuan. This decision is still under talk with SBP and the Chinese Government. If this occurs, both countries can have independent transactions without any interference from the US dollar. Furthermore, it will help us to control the trade deficit effectively. That significant progress expects to made soon and formal talks will get underway between the two countries on the issue.

Also See: Elon Musk is about to drop a Tesla Mobile Phone soon