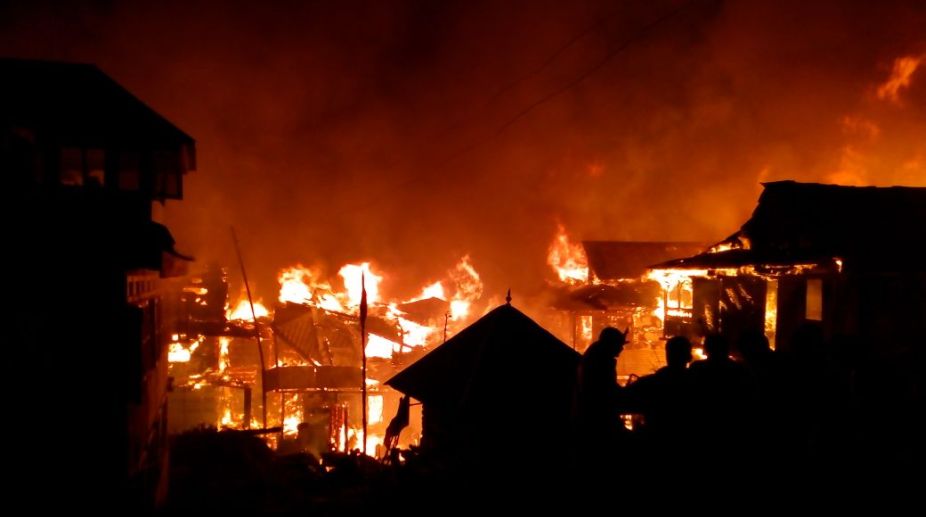 Sindh home secretary Dr. Saeed Ahmed Magnejo is leading a high-profile inquiry team to the village. The inquiry team will look into the issue that why the deadly fire incident happened.

9 villagers burned to death due to fire in Dadu. It includes 8 children and 1 woman. The fire happened in Faiz Mohammad Village near the district of Dadu. The conflagrant fire started to spread on the night of Monday at 11:30 pm and turn everything into ashes.

As per the reports, the fire erupted in the kitchen of one of the houses and burned everything down. It engulfed around 50 or more houses. As it is a village, almost every house has livestock as well. Although the fire was spreading too fast due to crops too it can be stopped if the fire extinguisher had been near them or the help reach them on time but nothing arrive on time, and a lot of damage happened.

Many injuries and loss of property were recorded by the locals of the village. It is recorded that almost 160 livestock burnt down to death. However, some crops are damage as well. On the other hand, if we talk about human loss, almost 20 Men and Women are suffering from a severe burns due to fire.

However, no help reached the village till Tuesday evening. The resident of Mahar town, near the Dadu village, Shafqat Hussain told to the reporters. Whereas, the villagers also told that the shortage of water was the main reason that locals were unable to extinguish the fire on a self-help basis.

Later, the villagers held a protest over the unconcerned behavior of the DC Dadu. They reported that after the 12 hours other officials arrived. Till then everything burns down. The life of the villagers was gone till then and the crops were damaged as well.

The elders of the villages demanded the authorities to completely rehabilitate all the damaged houses and pay the compensation immediately.

In the meantime, Sindh Chief Minister Murad Ali Shah communicated profound distress over the passing of blameless residents while coordinating the region organization for accelerating the Rescue activity and giving clinical offices to the harmed. Dr. Saeed Ahmed Magnejo, Sindh Home Secretary is leading an inquiry team to the Village to find the exact cause.