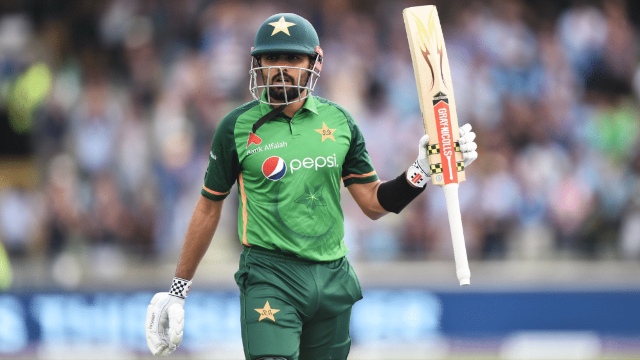 Babar Azam flecks Virat Kohli and Viv Richard’s records in his 82nd inning by completing 4000 ODI runs in fewer games. He becomes the 2nd Batsman in the history of cricket to achieve this milestone in lesser innings.

Pakistan Cricket Team captain, Babar Azam has shown a glimpse of his excellence in the 1st ODI against Australia. He played magnificently. Babar has made 57 runs and Iman Ul Haq made a century. It goes all in vain as the lower order couldn’t go well. During this match when Babar reached 15 runs, he has broken the record of Virat Kohli and Vivian Richards.

Babar has made 4000 ODI runs in 82 innings. He has the best conversion rate among all his competitors. Babar’s conversion rate of 3000 to 4000 runs is better than Virat Kohli, Vivian Richards, and Hashim Amla. He has made this gap fill in 14 ODI games. In these last 14 games, Babar only got out for 1 time on a single-digit score.

He becomes the 15th Pakistani Batsman who achieves this milestone to score 4000 ODI runs. Babar is the first Pakistani Batsman who has done this record in 82 innings. Muhammad Yousaf has done this in 110 Innings and so on. Virat Kohli, JE Root, and Viv Richards completed their 4000 runs in 93, 91, and 88 innings respectively. Hashim Amla is still the first batsman who achieved this milestone in 81 innings.

Currently, Babar Azam is the number 1 ODI batsman. He has an average of 50+ runs. However, it’s not easy to hold onto this first position but Babar did this milestone quite comprehensively. He also breaks the record of most runs in a match, as a captain, against Australia in the 2nd One day international as a Pakistani. Babar is breaking up his own weaknesses.

Comparisons between Babar Azam and Virat Kohli have been rife since the Pakistan star started making his presence felt in international cricket and this landmark is another feather in his bulging cap. This is a huge achievement that puts Babar among the elite cricketers who have played ODI cricket.

Babar Azam has achieved this record in front of his own crowd. The match was being played in Lahore, Pakistan. Babar was also born in Lahore. He was the second-fastest player to 2000 ODI runs and the second quickest to 1000 T20I runs. He already has more ODI hundreds than all but two Pakistan batsmen, and a World Cup hundred in a crunch game against New Zealand will go down as one of the great individual Pakistan ODI performances.

Babar Azam is the fastest Batsman to score 15 centuries. He has achieved this in just 83 Innings and break the record of all top batsmen.

One Day International Cricketer of the Year 2022

Recently, Babar has won the award of ODI cricketer of the year 2022. Right now, he is the number 1 batsman as well. Babar Azam might have played only six ODIs in 2021, but he made vital contributions in the two series that Pakistan played in the year 2021.

There is no Pakistani captain but Babar Azam is the one who beat India in World Cup. He is leading the team from the front. In past, we can see there are numerous problems between players of Pakistan but now the team is growing together and has the ability to beat any team.

Just now, the Pakistan cricket team has won the 2nd ODI against Australia by a record chase of 349 in Lahore. Babar Azam also played in this match quite comprehensively with a score of 133 runs along with the help of his partner Imam ul Haq who also made a century. The complete team effort includes Fakhar Zaman’s half-century and Shaheen Afridi’s (Cricketer of the year) 4 wickets.