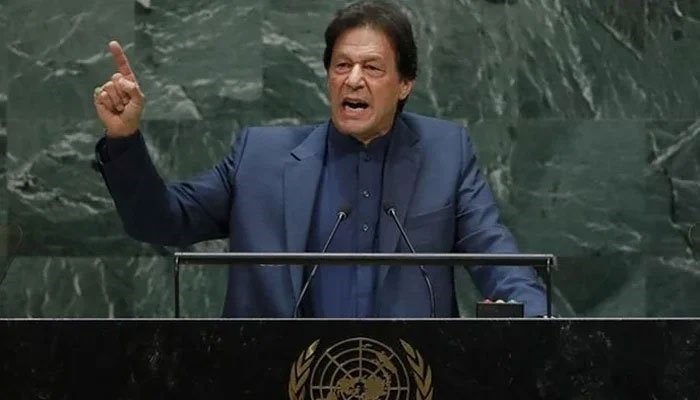 PM Imran Khan embrace the idea made by UNGA on Tuesday, March 15.

“Today UN has finally recognized the grave challenge confronting the world: of Islamophobia, respect for religious symbols and practices and of curtailing systematic hate speech and discrimination against Muslims”

I want to congratulate the Muslim Ummah today as our voice against the rising tide of Islamophobia has been heard & the UN has adopted a landmark resolution introduced by Pakistan, on behalf of OIC, designating 15 March as International Day to Combat Islamophobia.

The resolution was introduced by Pakistan three years since two mosques were attacked by a terrorist killing 50, injuring 40 others in New Zealand.

Resolution was sponsored by consensus by the 193-member worldwide and co-sponsored by 55 mainly Muslim countries, highlights the right to freedom of religion. Resolution was introduced by organization of Islamic Cooperation (OIC) and Pakistan declaring 15 March as the International Day to Combat Islamophobia.

This day is elected as an annual reminder of the need to combat Islamophobia.

Munir Akram, the ambassador of Pakistan to UN passed the resolution on behalf of OIC.

Akram said in the General Assembly:

Such acts of discrimination, hostility and violence towards Muslims – individuals and communities – constitute grave violations of their human rights, and violate their freedom of religion and belief,”

“It is particularly alarming these days, for it has emerged as a new form of racism characterized by xenophobia, negative profiling and stereotyping of Muslims.”

He warned that Islamophobia is

“It is essential to promote information about this disturbing global trend that can reach the very top of governments in many parts of the world”.