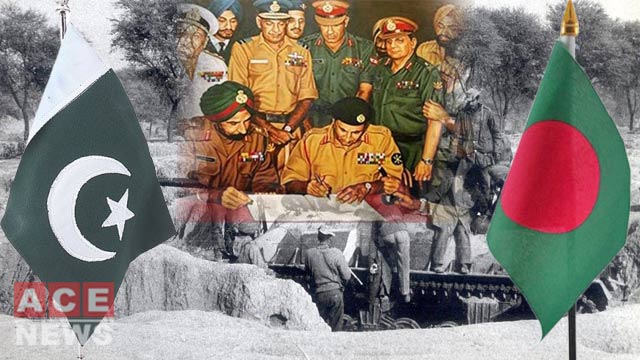 In the history of Pakista the word “Saqoot e Dhaka”, and the creation of Bangladesh is among the most sensitive and tragic events. People who were alive during that era may not remember the trauma of partition. The stories of 1971 remain chilling, even today.

Moreover, East Pakistan was a province of Pakistan that was renamed as such from East Bengal in 1955 by the One Unit Policy. With a coastline on the Bay of Bengal, it shared land borders with India and Burma. For this reason, East Pakistan was known as “Pakistani Bengal” to differentiate it from India’s state of West Bengal (also called “Indian Bengal”). In 1971, Bangladesh gained independence from Britain and this is know as

Under Pakistani Prime Minister Mohammad Ali of Bogra’s One Unit scheme East Pakistan was rename East Bengal. Pakistan became an Islamic republic in 1956, replacing its monarchy. In addition,  In 1956 and 1957, Bengali politician H.S. Shukrawardy serve as Pakistan’s first Prime Minister, A Bengali bureaucrat was elected to the position of President of Pakistan, .

After Pakistan gained its independence, Bengali nationalists began to struggle for rights as a nation with two contiguous territories, known as East Pakistan. Now its known as Bangladesh today and West Pakistan.

Bengali did not become the state language of Pakistan during the early years after the Partition. Due to its economic disparity. The hegemony of the West Pakistani ruling elite over Pakistan and martial law was instituted. A demeaning attitude towards Bengali culture and the Bengali population led to a deterioration of relations.

As a result of the 1970 national elections, all parties in East Pakistan, including the Awami League party of Sheikh Mujibur Rahman, won. Nevertheless, The parties in West Pakistan, such as the Pakistan Peoples Party (PPP) refused to cede power.That was a major problem for why Saqoot e Dhaka happens.

In East Pakistan, there were tensions between Bengalis and Biharis. The people had migrated to East Pakistan from various parts of India. After Partition hthis perceived as pro-West Pakistan. This led to attacks on some Bihari communities.

Using the violence as an excuse, the Pakistan Army intervened in the east in March 1971 to quell growing nationalist sentiments. For its operations against Bengali factions, Jamaat-e-Islami enlisted local pro-Pakistan Bengalis and non-Bengalis.

In early December 1971, a large number of refugees entered Indian territory as the violence escalated. This provided New Delhi with an excuse to intervene militarily.

Moreover, According to estimates, 300,000 to 3 million people died in the nine-month conflict, and thousands of women raped.