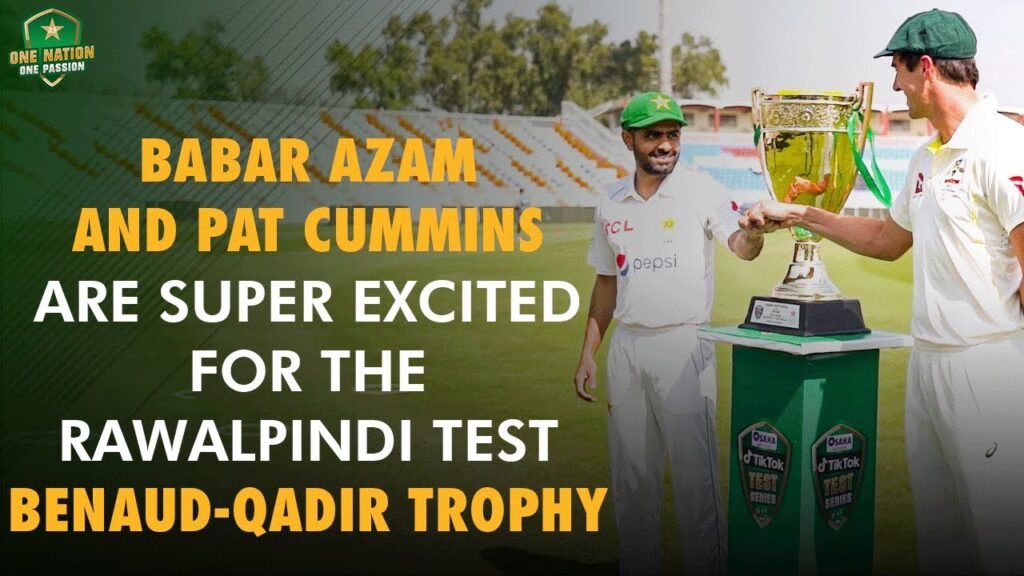 Australia Cricket team players are excited to play a full-fledged tour with Pakistan Cricket Team; including Test series, ODIs and T20; On their way to redeeming history.

Australia Cricket showed up for its first visit to Pakistan in 24 years on Sunday. They are prestigious guests because they will conduct a full tour during their six-week visit. ACB and PCB have called the Test Series Trophy as Benaud-Qadir Trophy. It is named after the retired players Richie Benaud and Abdul Qadir. Australian Cricket players are thrilled to visit Pakistan and enjoy its hospitality.

Historic Victory of Lahore Qalandars In 7th edition of HBL-PSL

Australia’s last tour to Pakistan back in 1998

Australia last visited Pakistan in 1998 when it won the Test series 1-0. In limited over series they have won all the matches as well. Pakistan has struggled a lot to get back International cricket since the mortal terrorist attack on the visiting side of the Sri Lanka cricket team in 2009. Australia pulled out of a visit five years sooner after a self-destruction impact at a Lahore Church.

Pakistan has hosted different teams, some of them are, Bangladesh, Sri Lanka, Zimbabwe, West Indies, and South Africa. It hosted them over the tenure of the last 6 years. Australia is going to be the first prominent team which is going to play a full-fledged tour.

Both Pakistan and Australian cricket players are excited about this tour. Many of the players of both teams are young. Some of the players were not born when Australia last visited Pakistan. The first test is going to start on 4th March 2022. 3 Tests are going to play in three different cities of Pakistan i.e., Rawalpindi, Karachi, and Lahore respectively. Tickets for the Rawalpindi test sold out in a few hours.

Security teams of the Australian Cricket Board have visited Pakistan last year. They were there to assess the security arrangements. Patt Cummins, captain of the Australian team, said in a virtual conference before reaching Pakistan, “You are really lucky to be surrounded by so many professionals, that was one of the big factors that we wanted to be really, really thorough on”.

Cummins expects passionate crowds at all the venues.

“Whenever we come over to play in the subcontinent, the fans are just so different to Australia that they’re loud, they’re really passionate, and I’m sure Pakistan’s going to be no different,” Cummins said.

“It’s the first test matches between the two countries over here in 20-odd years, so it’s a special moment. We feel privileged as players.”

Australian Cricket Players have shown great trust in the security of Pakistan. Along with Patt Cummins, Steve Smith has also shown that sort of trust.

The one-day series is going to start on March 29. All of the one-day internationals will be played in Rawalpindi Cricket Stadium. The only T20 will also be played in Rawalpindi and the tour will end on 5 April. Pakistan Cricket board feels a great privilege to make this tour happen. Fans are also really excited about the matches. The Location, Pitch, Conditions, and last but not least relatively team of Pakistan will also be unknown for the Australian cricket players.