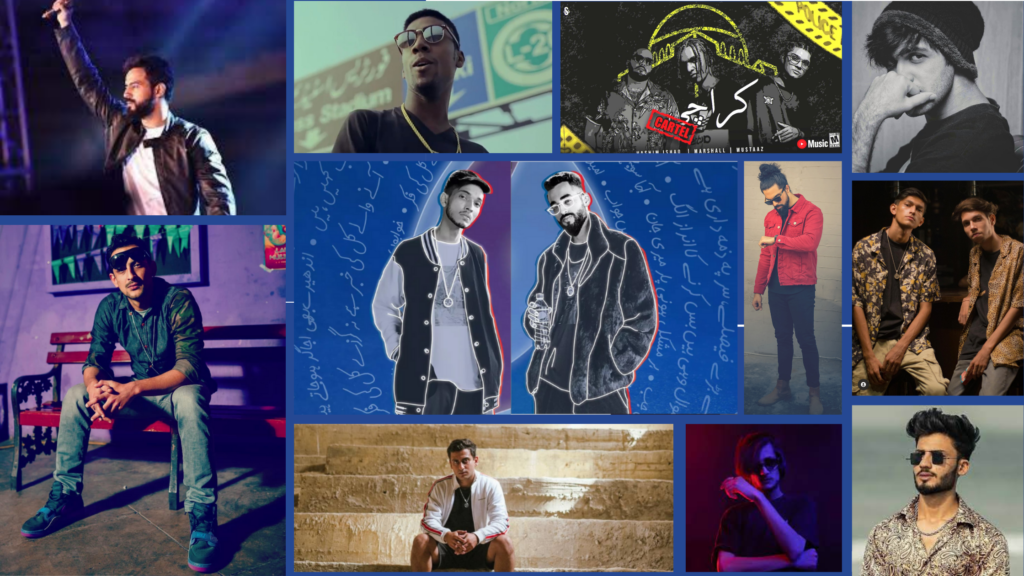 “Hip-hop is everywhere now and its kind of on its peak. I think that in the upcoming years DHH will evolve more than ever”, says Wustaaz- a rising rapper from Karachi.

Sitting around any one of Karachi’s roadside hotel, sipping your cup of tea, you would probably hear many people belonging to the Gen Z discussing about the rising Pakistani Classic Hip-Hop culture. Eaves dropping their conversation you will also hear local slangs, lines and hooks that this culture has brought with itself.

Over the last 3 to 4 years, Hip-Hop or more specifically a ‘Desi hip-hop‘ music has sky rocketed in Pakistan. New artists, music producers, concerts, and songs keep coming out almost everyday. The culture has also developed a significant amount of followers. Ranging from 13-25 age gap, these followers have started to adapt the hip-hop culture and religiously follow their favorite artists.

Newer rappers are coming out and appreciated from different cities and are representing their towns and cities. Rap pioneers who have gone to become big stars are an inspiration for these younger rappers. Wustaaz, a rising rapper, in interview with Viralnom said, “I’ve seen DHH growing in front of my eyes. About 3 years ago when i was just a listener the Rap wave just started and it inspired a lot of rappers including me. I’m glad that things are much better now for the upcoming rappers”.

To get a better insight on the growth of Classic Hip-Hop in Pakistan, we got in touch with a rising rapper from Karachi. We asked Wustaaz about his views on the recent growth of Hip-Hop. “Desi Hip-hop is really getting the recognition it deserves, its everywhere now and its kind of on its peak right now. I think that in the upcoming years DHH will evolve more than we could expect”, he answered.

Talking about the audience that desi hip-hop has attracted, Wustaaz said, “The audience here listens to every Artist, because I see variety in the music that is being produced. Every artist in DHH is trying to make something new and different which is something that DHH really needs.”

Describing his love for the rising Karachi rap scenario, Wustaaz credited Karachi for producing the best Hip-Hop talent. “The city which is currently doing the best for the scene is surely Karachi aka K-Town. Karachi is full of versatile Artists and no cap Karachi is giving the most to the scene in my opinion”, he said.

In his message for the newer artist stepping into the desi rap scene, Wustaaz told them to stay real, stay lowkey and just don’t talk about stuff you haven’t experienced yet, Baaki scene on hay!.

A brief history of Hip-Hop music in Pakistan

Born in the sub-urban areas of United States, Classic Hip-Hop was quite an unknown music genre for the Pakistani audience. Talking specifically about Pakistan, the first most formidable rapper was Bohemia, who started rapping in Punjabi and inspired a wave of rapping in Pakistan. His unique Punjabi accent and rap style inspired many artists like X-Polymer Dar and his whole group. This unique rap style was people’s favorite for quite a long time.

Fast forward to a few years later, newer rappers like Faris Shafi and Young Stunners started releasing songs. What was unique about them was the fact that they did rap in Urdu. This Urdu rap was quite fascinating for the Pakistani audience. However, these people had to struggle for years to make their name, since there was not a specific market for rap music at the time.

Now with Classic Hip-Hop becoming more mainstream and pioneer artists becoming stars. There is a whole wave of rappers releasing their tracks and trying to make it big.