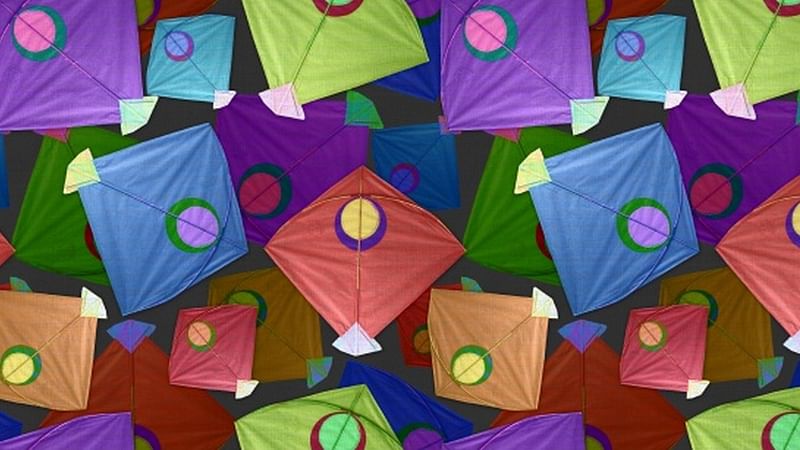 Sky of Lahore filled with colors and air with joyful screams is what we think of whenever the festival of Basant is talked about. A long lost tradition which is now a blurred memory for many people.

If you are a 90s kid or more accurately a “Millennial”, you certainly remember the Festival of Basant – A festival full of colors, fun, chaos and welcoming spring. It is one of the most beautiful memories for many people. The time when we filled our mouths with scrumptious food and flied kites with much enthusiasm.

No fear of terrorism or inflation came in the way of this glee. A joyous festival of Basant was the highlight of Lahore. Alas now its just a slipping memory that new generation has not experienced.

Basant, a kite flying festival started in Lahore. At the time of partition the ratio of Hindus and Muslims was almost equal. There were 52 percent Muslims and 48 percent Hindus. They live in peace and harmony so they both adopted each others culture.

Hindus welcomed spring on the 5th month of their calendar month “Magha”. They also called it Basant Panchami, Vasant Panchami, Saraswati Puja or Shree Panchami. This used to fall in the end of January or start of February. Usually they celebrated it on 26th or 27th of January.

Raja Ranjeet Singh celebrated the Basant festival with full spirit in Lahore. He started the kite flying tradition along with his wife and companions. In 1900s he organized the festival where they flew kites, ate food, worshipped the Durga and welcomed spring with high hopes of prosperity.

It is also said that they used to write their wishes on the kites and sent it to God by flying it high. Raja included Sufi shrines in this festival as well. Every year a kite flying competition held between Hindus and Muslims. It was all about fun and enjoyment.

Lahori and their festivities

Soon it became the tradition of the region. After the partition Lahore kept it alive in its own colors and taste. Basant majorly was celebrated in Amritsar, Lahore and Kasur. But the celebration held in Lahore was world famous. All the parks and roofs of houses used to fill with people.

Chants of “Bo Kata” could be heard from 5 miles. Special food was prepared, colorful clothes were made to cherish the moments. Yellow was the color of Basant, Later orange and red joined the train. But supremacy of yellow could not nullify.

With loud music playing on the roofs of each house, many unique and different kinds and sizes of kites were made for this festival. It is also mentionable that many people got reasonable employment by making kites and threads. People used to give unique names to their kites as Pari or Gudda or tawa or do tawa etc. Whenever someone’s kite got down, a loud music or dhol started playing with screams of people.

Why Kalash Valley is known as Kafiristan

People from all over the country or sometimes out of the country came to visit this 2 days festival. Special songs used to release according to this theme, singers use to call the music “Basant special”. These festivities remaine uninterrupted till 1999. Things started getting uglier after that.

A chemical used to make thread sharper and edged for different purposes was actually illegal yet was used by the manufacturers. They call it Manjha, a harmful chemical that makes thread really dangerous. Later use of glass infused thread, metal wires and chemicals made this festival alarming than joyous.

Things got out of hands when it became harmful for public specially motorcyclists. Cases of threads slitting people’s throats starting being reported around the festival. Two kids died due to it then government took a serious notice about it and banned the festival.

After continuous complaints and incidents especially in Lahore, government banned the Basant festival in 2005. After that ban lifted in 2007 and 2009 respectively to judge people’s behavior. Despite government made proper rules and regulations for the festival. They decided to put a ban on century old tradition.

Few years ago youngsters in Rawalpindi started the festival again on their own. They celebrated it in the first week of February. Police arrested more than 200 youngsters in attempt of flying kite in 2018.

Just because of few people we lost the amazing festival of our culture. There is nothing left but beautiful memories. It is pertinent to mention here that there is a ban on kite flying under the Punjab Prohibition of Kite Flying Act of 2009.

Things specifically not to do in Ghost Month