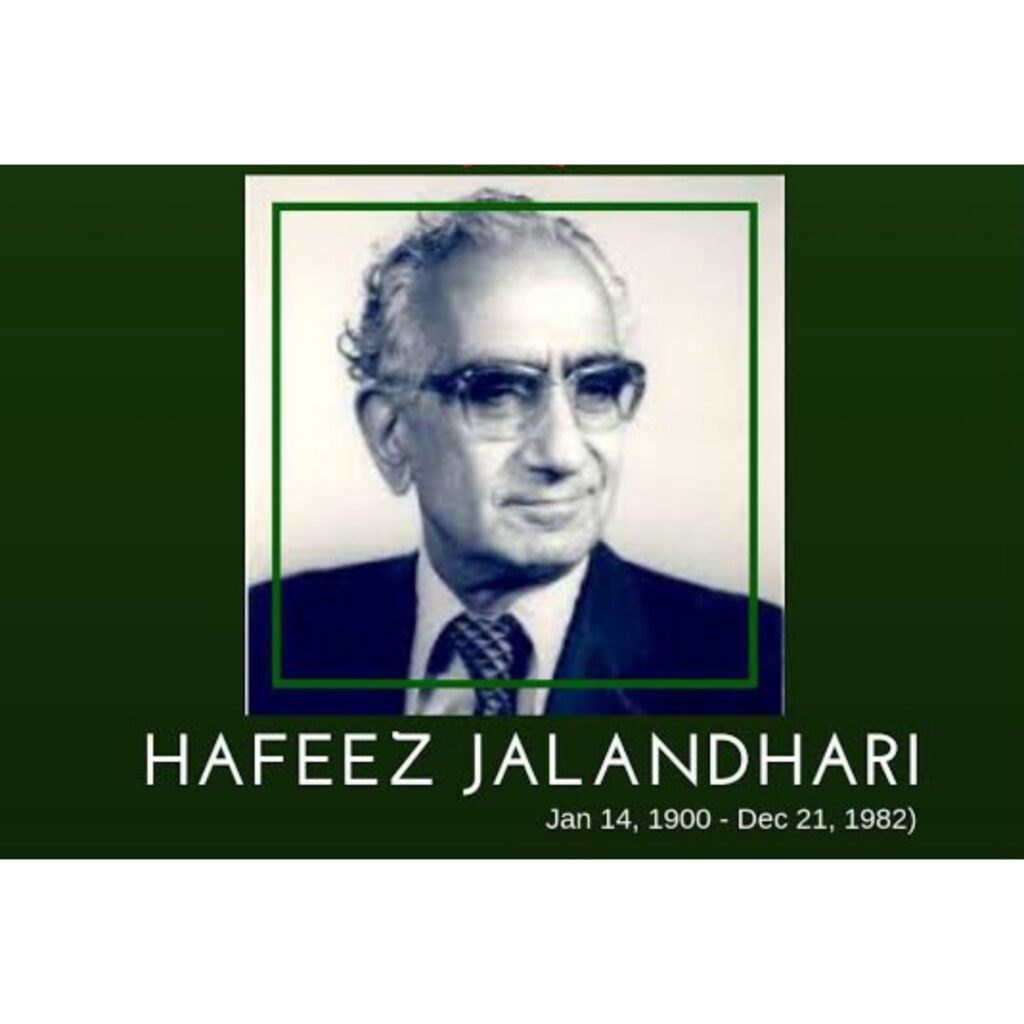 Experimental, Classy, brave, and writer of National Anthem of Pakistan, Hafeez Jalandhari possesses a special place in our heart. But despite in the middle of city, his tomb is neglected by public.

Hafeez Jalandhari was born on 14th January, 1900 in Jalandhar, Punjab of British India. Belonging to a very religious family, his early education started from Qur’an and namaz. His father, Shams Uddin was himself hafiz e Qur’an. Few years later he got admission in the school, whereas he left school in 7th grade.

He joined two other schools afterwards but left them as well. Main reason was his hate towards mathematics, he could not pass math in exams. Only subject he had interest and command was Urdu.

He had a special knack for poetry and literature. In the tender age of 17 he wrote few couplets. A big mushaira (gathering of poets) was happening in the city. He participated in it and won award and immense respect.

After winning two awards consecutively he contacted great Persian poet, Maulana Ghulam Qadir Bilgrami for further knowledge. After knowing he learned poetry without any teacher. Bilgrami called him BeUstaada (one with no teacher). Moreover he taught and corrected his poetry that made him more mature in writing terms.

Use of poetry in his life

His poems, written in a blend of Hindi and Urdu are about romance, religion, patriotism and life. He is known for his gentle rhythm and simplicity in his writings. His poetry was easy to decipher as he was the public’s poet. The fame he got from his book “Shahnaama e Islam”, that has 4 editions.

From 1922 to 1929 he was the editor of local magazines Nonehal, Hazar Dastaan, Teehzeeb-e-Niswan, and Makhzin. When war for freedom started he started writing to get freedom and in the favor of Muslims.

After partition he moved to Lahore, Pakistan. He became the Director-General of the Morals and caretaker of Kashmir affairs in the armed forces of Pakistan when Pakistan came into being. He built the book siding in Lahore and started publishing books.

He first married in 1917, when he was seventeen years old. His first wife was his cousin “Zeenat Begum”. They altogether had seven children, all of them girls and no boys. In 1939 he married for the second time with a young English woman and had one girl with her. This marriage ended in a divorce. His first wife died in 1954. In 1955 he married with Khurshid Begum. The third relation also gifted him with one girl.

He passed away on December 21, 1982. He embedded in Model Town Lahore, and after some time, his body was shifted to a shrine near Minar e Pakistan. Now a few number of people know about his tomb, which itself is sad for the nation. To this day we can take an oath to remember our hero and keep him alive in our hearts and life. With his death, a chapter of knowledge and literature closed, but his knowledge will continue to irrigate us.

The tune composed of the “SG Chagla”. This anthem was made with fabulous national spirit and the anthem aired on 13th August 1954. He worked hard for the nation from childhood to the older age, and he came to us as an angel, and his services can never be forgettable which is a great blessing to the nation. The national anthem duration is between 1 minute and 30 seconds.