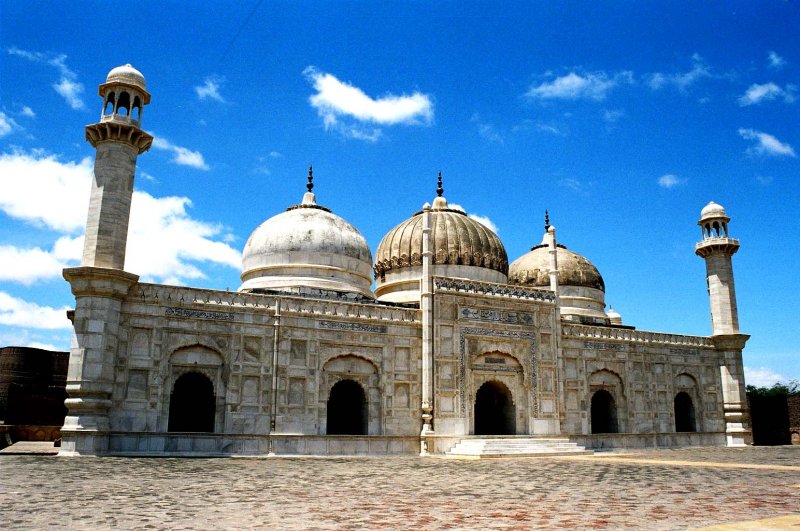 Moti Masjid is another example of Mughal’s love towards masjids and Islam. There are a lot of mysteries, stories and theories attached to it.

LAHORE, PAKISTAN – After a really long renovation period, Moti Masjid has reopened for tourists and for prayers. Walled City of Lahore Authority (WLCA) renovated mosque with whooping 50 million PKR. Lahore fort is the biggest tourist’s attraction in the city. With the addition of this mosque, people will get another mesmerizing view of our history.

Moti Masjid which means Pearl Mosque was built in 1630 CE by Mughal Emperor Shah Jahan. Use of white marble is prominent in whole mosque. Marble was brought from Makrana, Rajasthan, hub of infamous white marble. Mosque has 5 domes and 3 shrines.

It is relatively a small mosque as compared to Wazir khan or Dai Anga. But the spirituality level of this mosque is much higher. Around 100 devotees can offer their prayers at a time. You can find this mosque in the northwest corner from Deewan e Aam in Lahore fort. This mosque has a typical design of Mughal Architecture.

Ups and downs of Mosque

Like rest of Mughal dynasty, this mosque also saw ugly reality of world. After the fall of Mughal, Sikhs took over. They renamed this Masjid to Moti Mandir. Whereas they looted all the jewels and valuables and put inside the mosque. That’s why the doors are heavy and strong.

In the British era, they used this building for record keeping. They discovered many gems wrapped in velvet pursed and rags looted by Sikhs. Moreover in 1900s British gave it back to Muslims. From that day till now. Mosque is functional and people gather here to offer their prayers.

Legends and importance of Moti Masjid

Right from the start this mosque holds some mysterious energy in it. According to old legend Shah, Jahan captured a robber, in accordance to his vulnerability he put him in this masjid. He was not a very religious person but this mosque somehow changed the condition of his heart.

He started weeping and asked for forgiveness from Allah for his sins. After sometime when he was brought in front of king and cabinet, he was completely a different man. Some Darwish in the cabinet said he was enlighted by Allah Almighty. He asked for more imprisonment surprisingly.

He died in that hall of moti masjid. That man exclaimed Allah for 3 times and took his last breath. On his demise King got so devastated and admitted that his presence made the whole area pious and peaceful. After his death a lot of people saw paranormal activities in the mosque. According to one theory there are 40 jinn permanently living in the mosque. They are taking care of mosque from decades till now.

In these series of event people started treating this mosque as a holy shrine. People specially women came here and offered nafals, they lit lanterns and wrote their wishes on the walls. According to them few nafals here could solve any problem in the world.

Now offering prayer is allowed but not writing and damaging property. If you have ever visited this mosque you can feel the peace and tranquility. If not do give it a visit and enjoy this small but appealing establishment in Lahore Fort.