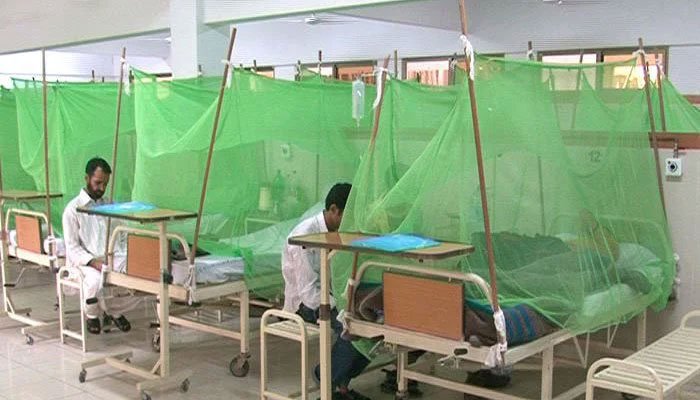 Punjab province is continuously recording an increase in Dengue cases. Over the last 24 hours, 90 new cases have been recorded in Punjab.

LAHORE, PAKISTAN – In the last few days, an increasingly high number of Dengue cases have been recorded in the Punjab province. Just around 90 cases were recorded in the past 24 hours. With new cases coming in such large numbers, health officials suspect a Dengue outbreak in the country.

Details from the Punjab Health Authority suggest that 81 of the 90 Dengue cases in the last 24 hours are from Lahore alone. With Lahore being a provincial capital and a busy city, health officials fear that Dengue is likely to spread there. Apart from Lahore, other cities that reported cases include Rawalpindi, Vehari, Sargodha and DI Khan. While the cases, in these cities are less, they have also been consistently reporting 1 or 2 cases per day.

This is obviously not the first time Punjab has seen such rapid rise in Dengue. The province just like this year, has been suffering from Dengue outbreak almost every now and then. The province just this year has recorded a total of 1082 cases, however 905 of these are from Lahore, making it the most dangerous place for Dengue.

Apart from the Punjab, health officials have also noticed a spike in Dengue cases in the KPK, Pakistan. With cases increasing at an alarming rate, people have now requested authorities to take effective steps to stop it from spreading further.

Spike in the Federal Capital

While Dengue cases prevail in the Provincial Capital Lahore, they have also started to blow up in Federal Capital Islamabad. Health officials in Islamabad, have also reported a spike in Dengue cases just yesterday. Islamabad in the last 4 days have seen around 82 new cases.

Islamabad District Health Officer while speaking about the situation said that the recent cases have resulted in many people admitted into hospitals.