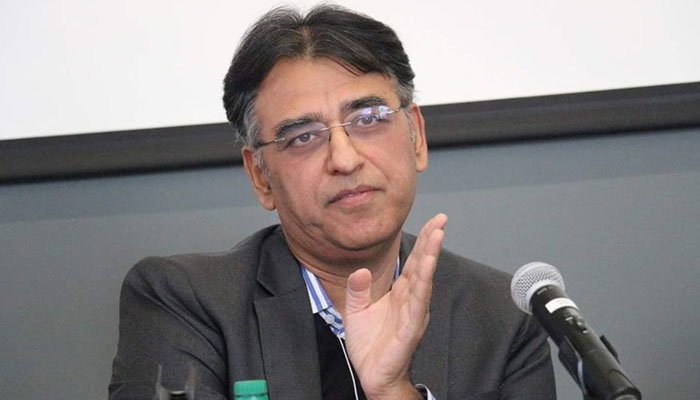 The Former Finance Minister, Asad Umar said, ”PTI won either highest or second highest seats in every province”. This proves that Tehreek-e-Insaf, despite the provincial vote bank divide, is strong in every province.

ISLAMABAD, PAKISTAN – PTI in the 2021 cantonment election was able to sweep a good amount of vote bank from every province. Prominent PTI leader and the Former Finance Minister, Asad Umar expressed his delight over the victory. He said that, these elections have proven for Tehreek-e-Insaf to be the only national party.

The political party sure has had an excellent victory over others. Tehreek-e-Insaf in this election won over 63 seats in different provinces. While these results are still unofficial, they have made Tehreek-e-Insaf to become the party with the highest number of seats.

Also See: No violence or extremism to be allowed in Pakistan, Army Chief

Asad Umar came out on Twitter and spoke regarding the election result. In his tweet he wrote, “Cantonment elections once again show PTI not only as the largest party but also the only national party”. He also mentioned about how PTI has been the first or second favorite party in every province.

The Former Finance Minister then went on to compare PTI’s performance with that of other parties. He started off with PTI’s biggest competitor ‘Pakistan Muslim League Noon’. PMLN in the elections have won 59 total seats which are near to that of PTI, however most of them are from the Punjab province. Asad Umar used this argument to prove how all parties are favored in their own province, but PTI has a nation wide following.

Asad in his tweet wrote that PMLN despite being a favorite in Punjab, has won no seats in Balochistan and is on the fifth number in Sindh. Mentioning Sindh’s favorite ‘PPP’ he wrote that the party despite securing handsome amount in Sindh failed to win any in Punjab and Balochistan.

Now both PPP and PMLN which Asad Umer mentioned in his tweet are listed amongst the biggest parties in the country. Both the parties have been in power quite a few times and have a big following. Despite this both the parties were seen to have a vote bank that is limited to their strong hold provinces.

This is how Umar Asad thinks PTI is different than others. PTI despite having a strong vote bank in KPK, have shown significant results in other provinces.

PTI in these cantonment elections have also given a strong challenge to PPP. Since PPP and PTI both have had a tie in Sindh with 14 seats each. This surely was a surprise since PPP has long ruled Sindh’s vote bank.