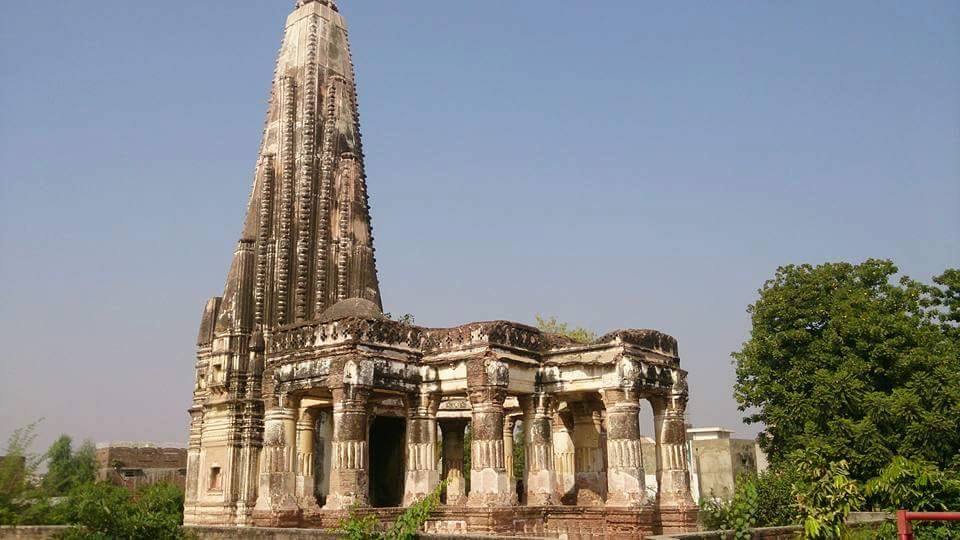 Shivala Teja Singh temple reopens after 72 years for worship. A 1000 years old temple is undoubtedly a symbol of peace and harmony.

SIALKOT, PAKISTAN – In the congested streets of Dharowal, a beautiful temple exists name as Shivala Teja Singh Temple. Temple is almost 1000 years old. Late writer Rashid Niaz wrote about it in his book “History of Sialkot”. This Temple is dedicated to Shiv Maharaj. He was an auspicious mythical character in Hinduism, built by Sardar Teja Singh who was die hard devotee of Shiv.

The authotities sealed the temple because of incrreasing chaos after partition in 1947. Later they left Temple in agony for rusting and destruction. In 1992 mobs attacked the site again. It was the retaliation after the martyrdom of Babri Masjid in Ayodhya.

In 2015 Hindu community asked for the repairing of temple. 2014, the Tehsil Municipal Administration established a family park around the temple at the cost of Rs 5 Million. In 2019, Evacuee Trustee Property Board (ETPB) took charge of the operations and whereabouts of the temple.

Besides Imran khan, Prime MInister of Pakistan is keen to reopen temple and facilitate Hindu community. After opening of Kartarpur Corridor government is seeking new opportunities to accommodate minorities in country.

Hindus are the biggest minority in Pakistan. There are around 9 Million Hindu residents in Pakistan. Besides renovating and reopening Shivala Teja Singh Temple sends a peace message to world as well. Temple is now operational. Whereas White structure and beautiful ceiling tells the old stories of glory.

Message of Tranquility and Goodwill

In this era of chaos and hatred, the step by Government of Pakistan is absolutely commendable. It shows that minorities also have equal rights and freedom. Reopening of Temple as well as celebration of Diwali clears the air about extremism in country.

Hindu Community is jolting with happiness. They are saying after 72 years they can worship in this auspicious temple. ETPB Deputy, Director Faraz Abbas says that the restoration work of this temple is still underway and the board expected to complete it shortly.

This step appreciated by Hindus all over the world. Hindus in India are asking their government to do the same. Human rights of Muslims being violated for years in India. Now is the high time that world should gather around. Furthermore more steps like these required. Through such projects and achievements we can make this world a much better place.