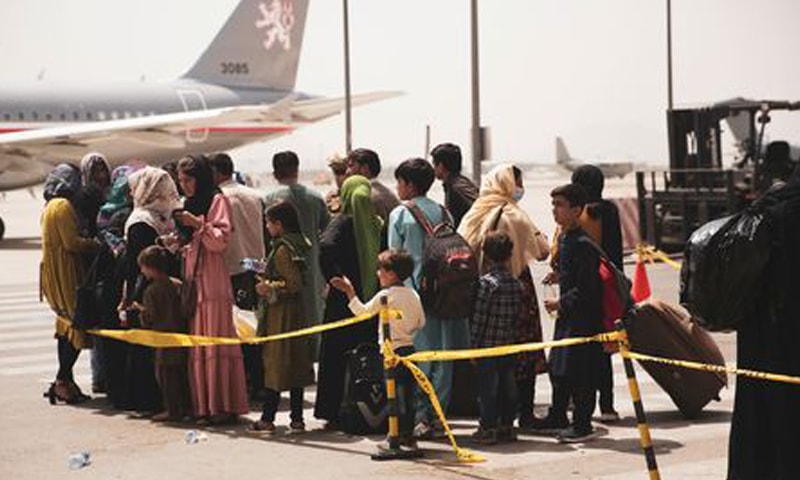 Evacuation in Afghanistan continues at an increasing rate. Many of those evacuated are diplomats and journalist which will stay in Islamabad before flying off to their respective countries.

On Thursday 26th August, authorities notified the Islamabad administration to take control of all hotels in Islamabad and keep them ready for foreigners that will arrive from Afghanistan and stay in Islamabad for a few weeks time. Soon after the governments notice, the administration went onto cancel all future reservations.

Apart from evacuating them, Islamabad administration have also set up police and paramilitary personals to ensure additional security around them.

Pakistani government took these such strict directives since around thousands of evacuees will come and stay in Islamabad for a few weeks. Most of these are journalists, diplomats and embassy personals that are leaving Kabul following Taliban’s capture.

Starting from Thursday around 1000 foreigners coming in from Afghanistan each day have landed at the Islamabad airport. A massive 1500+ arrived on Friday 27th August, authorities suggest that this will go on until evacuations in Afghanistan stop.

The magistrate’s notification and the changes made after it

Following the announcement, the district magistrate of Islamabad issued a statement. The notification further explained the situation and said that those coming from Afghanistan are using a transit flight that which will first land in Islamabad. The notification further said that “In order to facilitate the passengers. It is requested that reservations in all hotels of Islamabad may be closed from tomorrow onwards for the next 21 days at least. All vacant rooms may be placed at the disposal of the administration for accommodation of passengers till further orders”.

Soon after the notification, all hotel managements closed their reservations. People already staying at the hotels continue to do so. However, the management will request them to leave if the need arises.

With the Kabul airport attack on Thursday leaving 95 dead and hundreds injured. The fear in Afghanistan have increased thus the number of people coming in to Islamabad will likely increase.