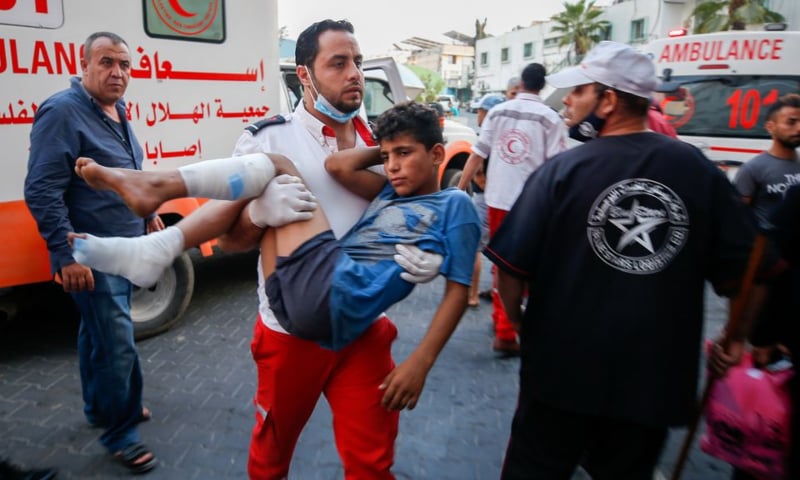 On Saturday 21st August, Israel warplanes entered Gaza territory and carried out airstrikes multiple airstrikes while also reinforcing additional troops in Gaza. According to Israel, the target of these airstrikes were Hamas weapon sites. With these airstrikes, Israel broke the ceasefire after just after 3 months of signing it.

The protest at the Gaza wall also reportedly fought back and fired at the Israeli forces and left a 21 year old Israeli sniper wounded. “His condition is critical and there is a risk to his life” said the border police.

Gaza health ministry gave out a statement after the clashes. They said that amongst the thousands that were present in the protests, around “Forty-one civilians were wounded with various injuries”.

The driving force behind the border protest on Saturday was the Palestinian militant group ‘Hamas’. The reason behind this protest was to mark the burning of the ‘Al Aqsa mosque’. Hamas in its statement said that the “Al Aqsa Mosque is a red line. Any attack on it will be will be met with valiant resistance from our people”.

Soon after the clashes, the Hamas and other militant and social groups in Gaza issued a joint statement about the event. In their statement they saluted the heroic youth that clashed with the Israeli soldiers.

While situation in Gaza has been better since the ceasefire in May, since it stopped the constant bombings on Gaza. However after the border clashes Israeli forces broke the ceasefire agreement and fired four missiles at Gaza. Israel in its statement about the event said that Hamas weapon sites were the target of this attack.

Israeli government and authorities also justified the missile attacks against mere clashes. Israel’s Defence minister Benny Gantz regarding the event said that “these are definitely extremely serious events that will have a response”.