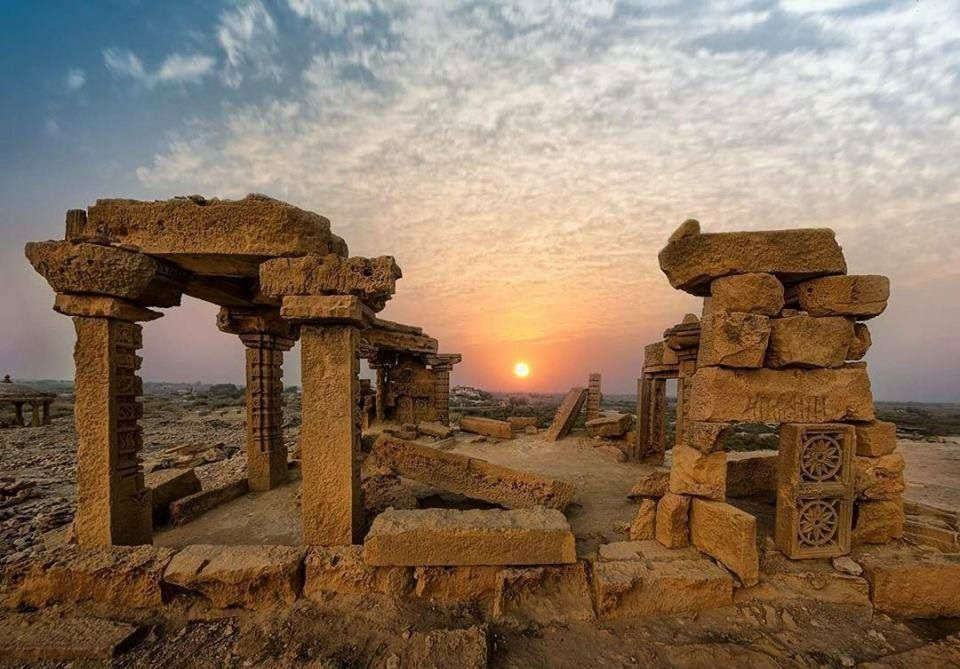 Once known as cultural hub of the region, now begs to get attention from authorities for reinstitution.

98 kilometers east from Karachi, near Lake Kanjeer you can find the biggest garden of remembrance of Asia. Yes, you got it right, its Makli Graveyard, Thatta. 6 kilometers from main city Thatta, there is 10 square kilometers exists that holds the secrets of 7 centuries within. Near 1 million burial monuments are here and tells unique stories of their times. Establishes in 14th century and a lot of kings, Sufis, saints, philosophers and warriors are buried here from 14th to 18th century time span.

Thatta holds a special place in the pages of history because of its contribution towards culture, commerce, literature and old civilization. In 1300s, Ruling Samma community who use to bury their loved ones here, they built 3 to 4 storey monastery to indicate the status of dead. If you segregate the funerary, you can clearly see two types of graves. One is samma community and other is Arghun, the Tarkhan, the Mughal and post Mughal era of mausoleums.

Every community has left their marks on this necropolis; you can witness glazed tombs build by the Arghuns, sculpted tombs by tarkhans and the classic marbled decorated crypts made by Mughals. Mughals adored thatta because it has given a lot of character to Islam and culture in 17th century and so. Thatta was a hub of saints and Sufis because of its historical significance; they use this place as a headquarters and later reach out to people to spread their message.

Just like any other heritage, makli hills is also not safe from rumors and superstitions. it is named after a pious lady “Mai Makli” because she prayed for the safety of city from a fatal disease and destruction.  There is beautiful shrine of Mai exists that is engraved in pretty calligraphy and green wraps around the grave.

A strange fact of Makli hills is there are only few graves here that residents came here after natural death. Most of them killed either in war, in bazaars, in their own bed, by kings order or other unnatural reasons. It occurs at the chaotic times when everyone believes that they kill other or they will get killed.

On 1984 it declares as national heritage of country and nominal efforts starts to restore this funerary. A lot of tombs, shrines and graves taking their last breaths and the beauty of variety are fading rapidly. If authorities take this project seriously, it can definitely produce revenue  locally as well as internationally.