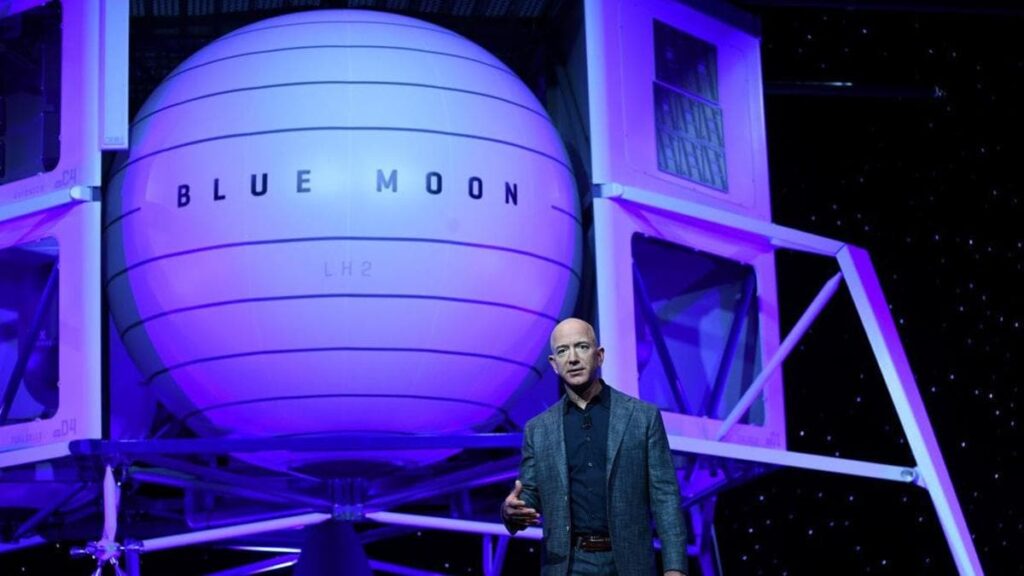 UNITED STATES OF AMERICA – Jeff Bezos recently sent out a letter to NASA. In his letter Jeff said that he would give NASA a total of $2 Billion. He said that he would do so if the US space reverses their decision and choose Blue Origin to make the space craft that lands astronauts onto the moon in NASA’s moon mission.

Jeff Bezos in the letter criticized NASA’s decision to give out the contract to Jeff’s rival company SpaceX. He also urged NASA to reconsider its decision. He said that Blue Origin would give the promised $2 Billion within the same fiscal year, if they are given the contract.

Elon’s ‘SpaceX’ got the contract to build NASA a space craft that can bring astronauts back to the moon’s surface as early as 2024. NASA organized a bidding for the contract. NASA prior to the bidding was expected to give the contract to two companies. So that there lies a competition between them. However NASA declined all bids made by Blue Origin and went with Elon’s SpaceX.

After the bidding a senior NASA official Kathy Lueders said, “The space agency cited its own funding shortfalls, SpaceX’s proven record of orbital missions and other factors in a contract decision” . Kathy said this represented what’s best for the government.

The fact that NASA went all in for SpaceX, was disheartening for Blue Origin. Blue Origin in a statement after the Bidding said about the decision, “Not only delays but also endangers America’s return to the moon”.

The company later proceeded to file a complaint to the government. In the complaint it said that the space agency gave SpaceX an unfair advantage by allowing it to revise prices.

In his letter to NASA, Jeff criticized NASA’s decision saying that selecting only one company for the project kills the competition. He explained how competition is necessary for achieving an aim this big.

Bezos in the letter said that selecting one company would result in NASA having limited choices and missed deadlines. He added, “Without competition, Nasa’s short-term and long-term lunar ambitions will be delayed, will ultimately cost more, and won’t serve the national interest”. Thus further emphasizing towards the creation of competition.

On 20th July 2021, Blue Origin’s Shepard rocket, which carried 4 astronauts, soared up into space. The rocket in its 11-minute flight crossed the ‘Kármán Line’ which is the international space boundary. The Shepard rocket then successfully landed back. This was indeed a new milestone for Blue origin and proved to be a stepping stone towards the emerging space travel industry.

Bezos sent his letter to NASA’s administrator on Monday. This was just one week after Blue Origin’s space flight making it perfectly timed.

NASA’s reaction to the letter by Jeff Bezos

Jeff Bezos sent out the letter to NASA’s administrator Bill Nelson. Bill is a former astronaut and a democratic senator. NASA ever since receiving the letter hasn’t really replied to or has spoken about it. A spokesperson from NASA in an interview said that they are aware about Jeff Bezos letter. However declined to reveal anything else about the matter.

While Blue Origin’s recent space flight proves that the company’s capability and Jeff’s letter contain valid arguments. Experts suggest that the chance of a reversal of contract is highly unlikely.