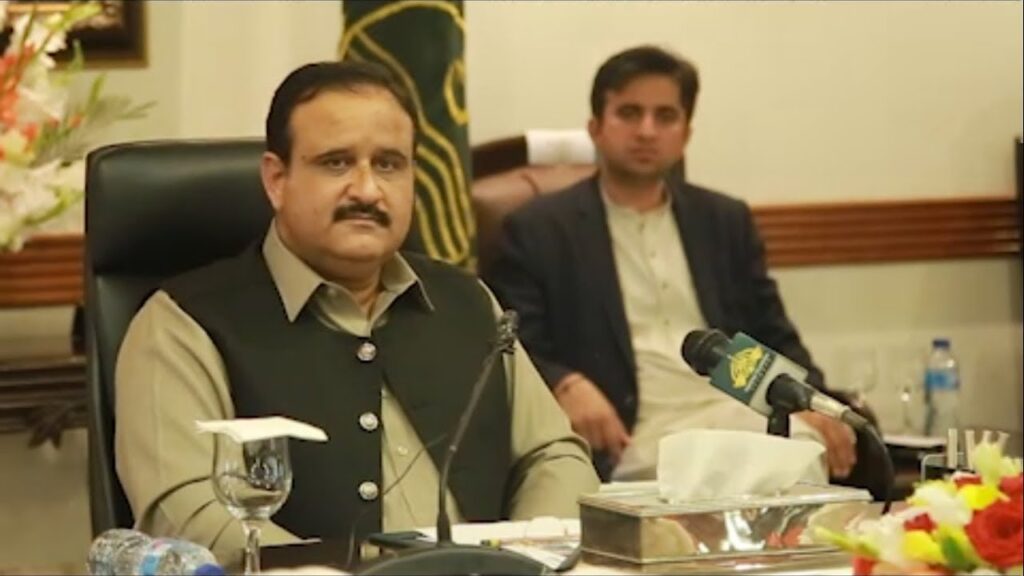 After authorities arrested key suspects and the case gets near to the conclusion, Chief Minister Punjab held a press conference to address the nation regarding the matter.

LAHORE, PAKISTAN – Chief Minister Punjab, ‘Usman Buzdar held a press conference, along with Firdous Ashiq Awan regarding Johar Town Blast. The Chief Minister addressed “Terrorist responsible for the Johar Town bomb blast have been arrested” conforming to the nation that the case is now officially solved.

In addition, he said “I want to inform our friends in the media that we have conducted raids across the country, in just four days, to arrest the terrorist involved in the incident”. While also praising CTD and terming the solving of this case as a “great achievement”. Moreover the chief minister also added that all terrorist relating to the incident are now arrested. He also mentioned the terrorist have a direct link to an anti-state agency that planned and aided the whole incident.

On June Wednesday June 23rd, an unidentified man was seen driving a car on the roads of Lahore. He later took the car towards a relatively busier area of the city named ‘Johar Town’ and parked the car. At around 6pm, in the evening the car blew up, killing 3 people, 21 injured.

After investigating the scene authorities found out that the parked car contained around 15kg of explosive material. The people that were killed in the blast were policemen. People believe that a terrorist organization named ‘JuD’ carried out the attack.

Investigation of the blast

Since the attack happened near the residence of Hafiz Saeed, the cofounder of the organization and the organization wanted to target these policemen. Moreover they wanted to ruin the international image of the country since Pakistan is in between discussion with FATF for their decision to not exclude the country from its grey list. With terrorist attacks in the country, Pakistan might lose its chances to get out of the list anytime soon.

Authorities believe that an attack in this part of Lahore and that too with 15kgs of explosives is a seemingly well-planned attack . The suspect had been planning it for long, unlike other attacks that have happened in the past few years. No terrorist organization have taken responsibility for the act.

As soon as the blast took place, all authorities and the Pakistani government started taking actions. Authorities investigates the crime thoroughly, made major breakthroughs and arrested two key suspects on July 28th.

Suspect one is identified as ‘Eid Gul’ and is suspected to be the person that parked the car in Johar Town. The second suspect is ‘Peter Paul David’ who previously was a resident of Bahrain. He later moved to Karachi with his family. The car used in the blast was registered to him, moreover the suspect came to Pakistan a month and a half ago. During this time, he visited Lahore three times and met numerous people.

As soon as key suspects in the case were arrested, things got much clear for the authorities. After the blast CTD traced the culprits within 16 hours and was able to arrest them within 4 days thus proving that security agencies in Pakistan have surely increased their efficiency.