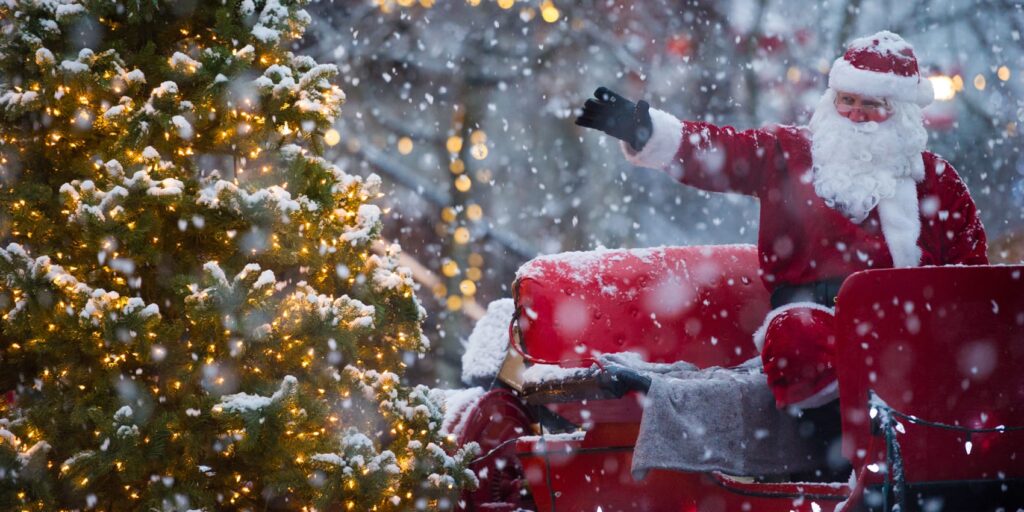 Christmas is just around the corner. The biggest global holiday of the year. Here are a few facts about Christmas that we all should know before jumping into that eggnog and yummy cookies.

When the holidays start in the world, every single soul starts preparing for the biggest celebration of the year. The restaurants offer discounts, brands start sales and every delicacy shows its love and relevance with Santa and Rudolph. Yes! we are talking about Christmas and its festivities. It occurs on the 25th of December and almost all Christians and other ethnicities celebrate it with full joy and happiness.

But all the traditions and rituals were never the same in history. Today we will discuss a few old and some new traditions that are followed widely by the people.

Jesus was not born on this day

Among another interesting Christmas facts is ; While Christians celebrates the birth of Jesus Christ, the actual date of the big event is lost to history. There’s no mention of December 25 in the Bible and many historians say Jesus was most likely born in the spring. Some historians posit the date was originally chosen because it coincided with the pagan festival of Saturnalia, which honored the agricultural god Saturn with celebrating and gift-giving.

Santa was green before getting red

The Coca-Cola company is often credited with creating the red coated modern image of Santa Claus we know and love today but this isn’t true. Most of his modern image was put together by Thomas Nast in the 1870s. Santa was green and very spooky looking, Even Rudolph the reindeer was later introduced to the santa clause team.

Jingle Bells was not made for Christmas

Apparently made for Thanksgiving, “Jingle Bells” is widely known for Christmas. Another amazing story related to this song is playing in the space. Nine days before Christmas in 1965, two astronauts aboard the Gemini 6 told Mission Control that they saw an “unidentified flying object”. About to enter Earth’s atmosphere, traveling in the polar orbit from north to south. Just as things got tense, they interrupted the broadcast with “Jingle Bells,” as Wally Schirra played a small harmonica accompanied by Tom Stafford shaking a handful of small sleigh bells.

Contrary to popular belief, “Xmas” is not a trendy attempt to take Christ out of Christmas. “Christianity” was spelled “Xianity” as far back as 1100. X, or Chi, is the Greek first letter of “Christ” and served as a symbolic stand-in at the time. In 1551, the holiday was commonly called “Xtemmas,” which was later shortened to “Xmas.”

Candy Canes was an accident

The legend tells that candy canes to date back to 1670 when a choirmaster in Germany gave out sugar sticks to the choirboys to keep them quiet during services. The hook was meant to symbolize a shepherd’s crook for the Christmas occasion. But other people think the hook exists so they can easily be hung from trees. The Shape resembles to letter “J” that means Jesus. Meanwhile, the stripes represent the blood.

It’s the end of Christmas dinner, and you’re now waiting for the Christmas pudding to finish it all off, We all know the tradition of whoever finds the silver coin in the pudding gets good luck. But did you know that Christmas pudding wasn’t always a fruit cake?

In the 14th century, Christmas pudding was a type of porridge made using mutton and beef alongside spices, wines, raisins, currants, and more. Over time, people slowly added more alcohol alongside eggs and dried fruit. Until we eventually ended up with the Christmas pudding we’re all familiar with today. Which, in case you weren’t aware, is meat-free!

Christmas in Japan is a secular holiday with less than 1% of the Japanese population identifying as Christian. When KFC launched its “Kentucky for Christmas” marketing campaign in 1974. It was an instant hit and now KFC is a popular choice for Christmas dinners in Japan. You have to order 2 months before getting food in time.

Queen Victoria was the first official person to send a Christmas card, but the first commercial card came in 1843. When Sir Henry Cole produced 1000 and sold them for one shilling each. There are currently only 12 of these cards left in the world with one going up for auction a couple of years ago for £30,000.

On this occasion we from the team of Viralnom. we are all wishing you a very happy and jubilant Christmas.