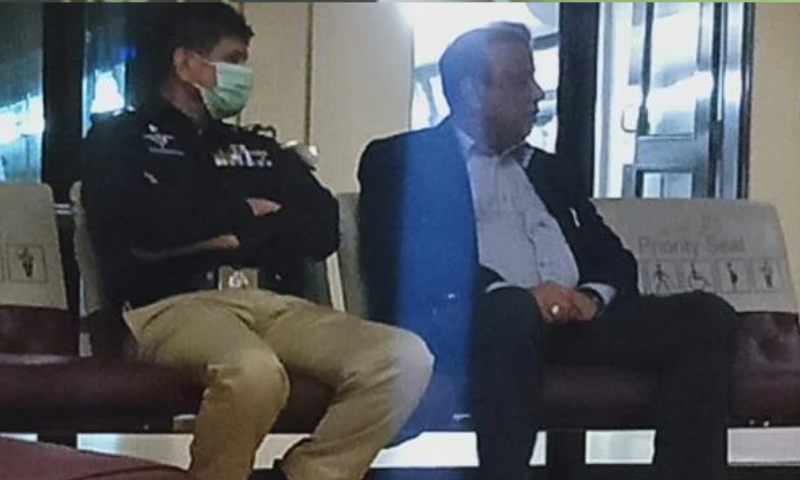 Karachi: Babar Ghauri was returning to Karachi from the United States. The Law enforcement agencies detained him at Airport. He will be presented in court on Tuesday. Police officials concerned remained tight-lipped over his detention.

The Law enforcement agency detained Babar Ghauri at Karachi Airport. He was coming back from the United States when Police arrested him. He landed at Jinnah International Airport after ending his seven-year self-exile. Babar is a former federal minister and a senior leader of the Muttahida Qaumi Movement (MQM).

As per the recorded video, Police officials remained tight-lipped over his detention. The Law enforcement agency informed that Babar Ghauri will present to the court on Tuesday. The news about his custody spread like a jungle fire after a mobile phone video went viral on the internet. The video was showing that police has taken Babar into custody from Airport Premises.

A Sindh police armored personnel carrier (APC) was also there in the clip. They took him to an undisclosed location. However, after many tries, the involved police authorities were unavailable for comment.

Also See: US helped Pakistan in reaching IMF accord

Babar and his future Strategy

However, Babar didn’t inform anyone about his future strategy. He didn’t disclose which party he will join. Whereas, he announced his return just a few days back. Last Monday, the Sindh High Court granted him two weeks’ protective bail in a corruption case, as well as a money-laundering and terror-financing case.

The court granted him bail and also required him to post two Rs100,000 surety bonds. In 2017, the Federal Investigation Agency charged Ghauri and other party officials with money laundering and terror funding.

In October 2019, judicial and prosecution officials announced that the court had declared Babar Ghauri a proclaimed offender. After the investigation officer in the case submitted a report stating that the former minister was unlikely to be arrested shortly. Because he had likely gone into hiding to avoid arrest.