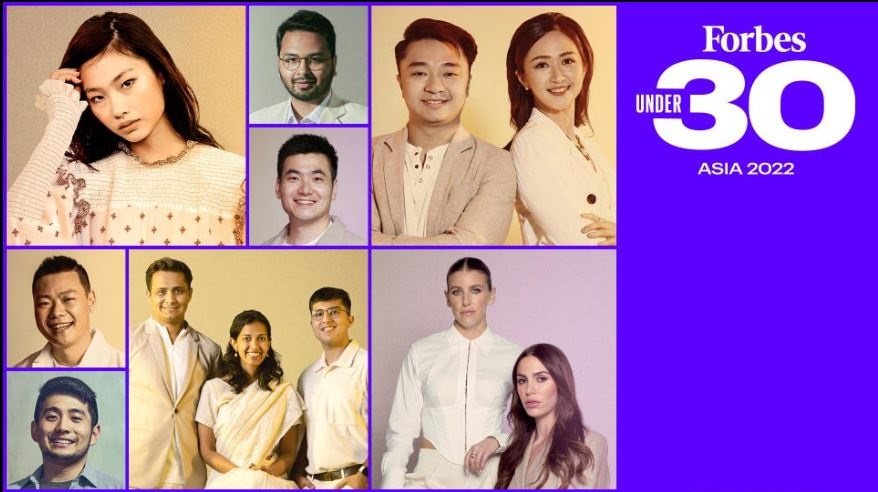 There are 4 Pakistanis on Forbes’ 2022 list of Asia’s 30 under 30. They are selected for contributions in the areas of arts, industry, media, and social impact. Despite the fact that North America is staring at a lengthy pandemic winter, there are hundreds of bright spots on the horizon,” Forbes reported in a statement.

“Forbes 30 Under 30 featured 600 young entrepreneurs, activists, scientists and entertainers who are defying the odds and building businesses despite COVID-19; others are fighting the illness and finding drugs using artificial intelligence.” Collectively, these trailblazers have raised more than $1 billion in venture funding,” Forbes said.

Here are more details about these brilliant Pakistani minds:

Rastah, a streetwear brand base in Lahore, founded in 2018 by Zain Ahmed. As part of Rastakh’s sustainable design philosophy, items are design, sourced, and produced by local artisans in Pakistan in limited quantities.

In addition to being featured in Vogue, Rastah’s clothes are worn by acclaim celebrities. His clothes are like by Bollywood producer Karan Johar, rapper French Montana, and Oscar-winning actor Riz Ahmed.

Mohammed Saad is the co-founder and CEO of BridgeLinx, a Lahore-based startup founded in 2020. A marketplace that connects manufacturers and exporters with truckers and private fleets allows BridgeLinx to help move goods efficiently.

She earned an English Literature degree from Yale University. After working for Bridgewater Associates, she became a full-time writer and joined the University of Michigan’s Helen Zell Writers’ Program.

In her work, Amna draws inspiration from her experiences in Pakistan and the United States. She has received numerous awards including the 2019 Financial Times/Bodley Head Essay Prize.

Shewana Shah founded Da Hawwa Lur. It is a non-profit organization promoting economic, social, and political empowerment of women and transgenders affected by violence on the basis of gender and sexuality in Pakistan.