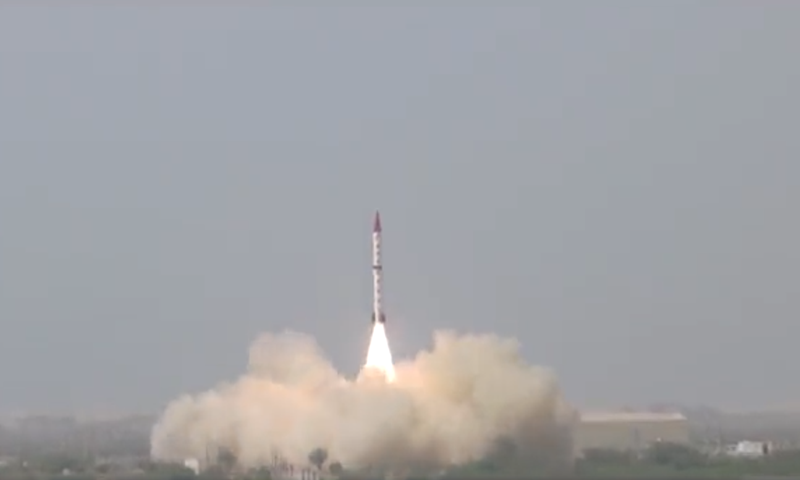 An aerial test of Pakistan’s Shaheen-III surface-to-surface missile was conducted on Saturday. According to the country’s Inter-Services Public Relations (ISPR), the aircraft can carry nuclear and conventional warheads up to 2,750 kilometers.

“Pakistan carried out a successful flight test of Shaheen-III surface-to-surface ballistic missile today, ISPR’s DG announced in a tweet. The test flight was to validate the missile’s design and technical parameters.

The missile can carry nuclear and conventional warheads.

Statement from the ISPR

According to the ISPR, a missile test in the Arabian Sea impacted the region. Several senior officers from the Strategic Plans Division and scientists and engineers oversaw the trial.

A statement issued by the Chairman Joint Chiefs of Staff Committee stated, “Chairman Joint Chiefs of Staff Committee congratulated scientists and engineers on the success of the test, asserting that Pakistan desires peaceful coexistence in the region and that its strategic capability is to deter any aggression against the sovereignty of Pakistan.”

In addition to praising scientists and engineers for their technical prowess. They also acknowledged their dedication and efforts in helping to make the missile launch a success.

The first test of the missile was conducted in March 2015. A version of the indigenously-developed Babur Cruise Missile 1B can fly much farther than its predecessor. It was successfully tested by the Pakistani Army last year.

Powered by solid fuel, the missile is equipped with a Post-Separation Altitude Correction (PSAC) system. The solid fuel in the warhead is well-suited for rapid response capabilities, while the PSAC technology allows it to change the trajectory to achieve greater accuracy and evade anti-ballistic missile defense systems.

This test will further strengthen Pakistan’s strategic deterrence, he said.