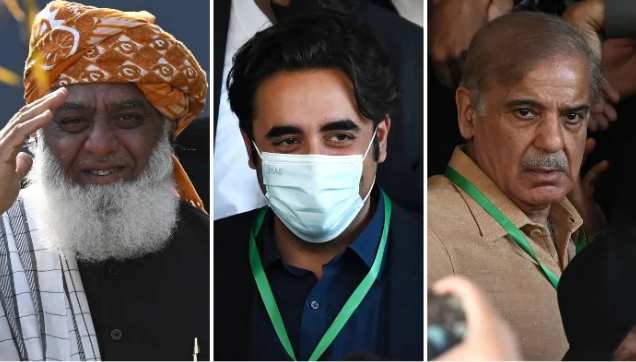 Opposition leaders have expressed satisfaction and welcomed the Supreme Court’s decision to declare the government’s actions null and void from April 3.

Shabaz Sharif, Leader of the Opposition in the National Assembly, said the top court’s decision matches the expectations of the masses.

“Through this decision, Pakistan’s Constitution and sovereignty have been preserved; the court has upheld its independence and respect,” he said.

He thanked the top court for its unanimous decision to strengthen the parliament and its sovereignty in his remarks. “Now it’s time for us to fight the economic and political battles for the people.”

As part of the press conference, he announced to observe “Youm-e-Tashakur” on Friday.

The opposition leader congratulated the entire nation, saying that it was the victory of every Pakistani and the victory of democracy, the Constitution, and the judiciary.

Our country will observe ‘Youm-e-Tashakur’ on Friday to celebrate this victory. We will also pray for the country to emerge from the economic disaster,” said Fazl and announced holding rallies across the country on Friday.

“I have always fought and will continue to fight for Pakistan till the last ball,” PM says after SC restores National Assembly.

Moreover, According to the top court, the speaker of the National Assembly must call a session on Saturday (April 9) not later than 10:30 am to allow the vote on the no-confidence motion against the premier.

Moreover, The Opposition praised the ruling by the Supreme Court. But the Government representatives deemed the legislation “unfortunate,” which would cause further “political turmoil.”