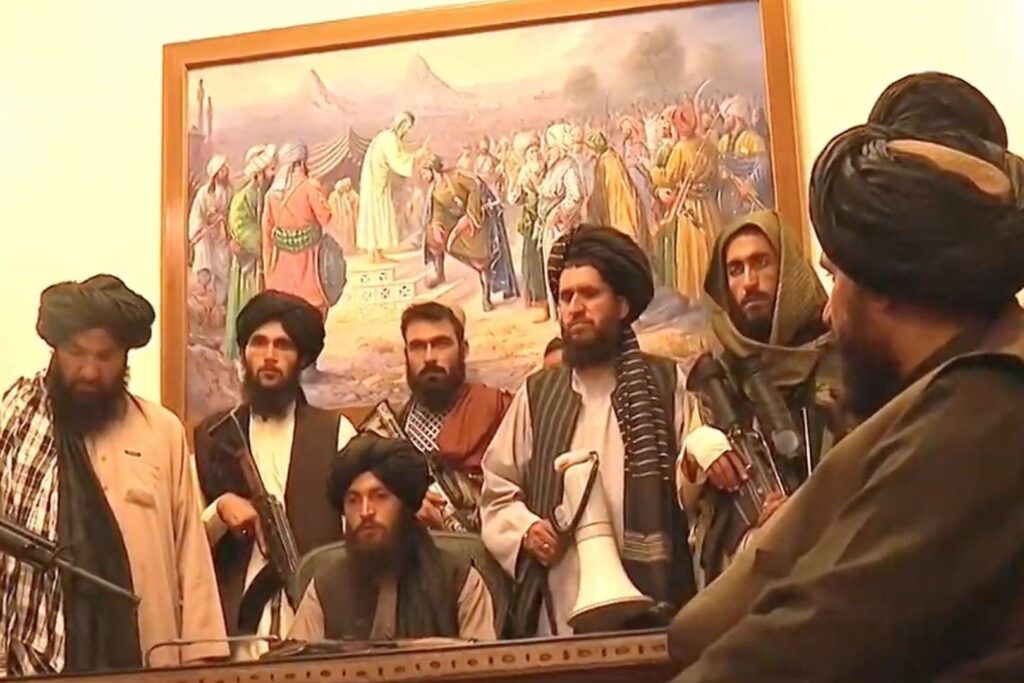 KABUL, AFGHANISTAN – Before the sunrise of August 15, Taliban militants circled around the city of Kabul and started moving their way inside the city. Unlike other cities, militants faced no resistance from the Afghan government and they easily continued closing into Kabul.

President Ashraf Ghani left the presidential palace soon after the attack and fled the country. This meant the end of the Ghani government in Afghanistan and the beginning of Taliban rule in the country.

The press conference was carried out by Taliban spokesman, Mohammad Naeem. Naeem in the start of the press conference, congratulated fellow Mujahideen. He said, “Today is a great day for the Afghan people and the Mujahideen, they have witnessed the fruits of their efforts and their sacrifices for 20 years. Thanks to God, the war is over in the country”.

Naeem also announced that they will soon start the work to form a government. He then went onto talk about the relations that Taliban expects to have with other countries. He said that they will work for a peaceful transition of power and are not looking forward to rule Afghanistan in isolation. Naeem then moved forward and proposed peaceful negotiations with other countries. “We ask all countries and entities to sit with us to settle any issues”, he said.

The Taliban will now be creating a new ‘Islamic Emirate of Afghanistan’ in the next few days. Mullah Baradar, who is the chief negotiator for Taliban said that they want to establish “An Open, Inclusive Islamic Government”.

While Taliban leaders are currently taking matters and negotiations peacefully, Afghan national fear that this is just the peaceful start of the years of oppression to come. People fear that Taliban will again practice the strict and cruel rules that they did between 1996 to 2001.

US President Joe Biden’s statement regarding the matter

While people came out with statements that offered condolences to the people living in Afghanistan, they also went onto criticize US president Joe Biden for his decision to make US forces leave Afghanistan and abandon their 20 year old war. People blamed Joe Biden for what happened in Afghanistan. Since it was Biden that ordered US troops to leave, thus giving power to Taliban.

Amid the criticism, Joe Biden released an official statement on the matter. In his statement, he blamed the inability of Afghan army for the fall of Afghanistan. “One more year, or five more years, of US military presence would not have made a difference. If the Afghan military cannot or will not hold its own country”, he said.